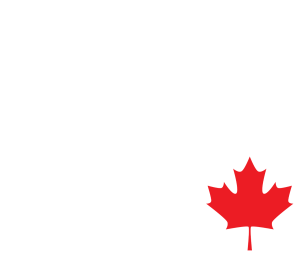 It is with great excitement that I am writing to let you know that Nick and I will be starting the 2022-23 Rotary year as President of Rotary International on a tour from coast to coast to coast across
Canada.

The Canada tour is part of a global effort to elevate the profile of Rotary. As people of action, people of purpose and people of influence, we want to engage our members along with community leaders and supporters, and each location will include service and social opportunities.

As people of action, people of purpose and people of influence, we want to engage with you, our members, as well as community leaders and supporters. Along with leadership teams across the country, we are creating “hub” locations that will include service and social opportunities that are intended to draw from the greater geography of each district and region.

While we are dedicating several weeks to this tour, I hope you understand that that we will not be able to visit each Province or Territory and encourage you to consider participating in one of the hubs that is most convenient for you.

Hope to see you during the Imagine Rotary Canada Tour.
Warmest, Jennifer

Rotary International President Jennifer Jones, husband Nick Krayacich, and several Canadian Rotary senior leaders will be ferried from the Harbour Air terminal by the Water Taxi, captained by Rotarian and former mayor of Oak Bay, Christopher Causton, to the lower causeway in front of the Fairmont Empress…

On 15 June, RI President-elect Jennifer Jones will begin a tour of Canada. And when Jennifer Jones tours Canada, she tours Canada. From Point Pellee on Lake Erie, the southernmost point on the Canadian mainland, to Tuktoyaktuk on the Arctic Ocean; and from St. John’s on the Atlantic, a few kilometres from the easternmost point in North America, to Vancouver Island on the Pacific, Jones will spend nearly four weeks introducing herself to members of Rotary in Canada – and to anyone else who wants to come out and say hello.

“We have three coasts in Canada,” says Carol Tichelman, the national tour chair, “and Jennifer will be travelling from coast to coast to coast. And we have many crossborder districts,” she adds, referencing those Rotary districts with clubs in both Canada and the United States. “But Rotary is borderless, and any and all are welcome.”

In late February, as Rotary Canada went to press, plans for Jones’ tour were still being finalized, and as they took shape, organizers were factoring in the unexpected challenges that might arise from delayed flights and an ongoing and unpredictable pandemic. Yet even as the tour’s organizers anticipated those variables, they projected animpassioned “the show must go on” fervour, a spirit that emanated from the top down: In a January message to French Canadian Rotary members, Jones spoke of her “beaucoup d’enthousiasme” as she anticipated the tour.

And why not? The midpoint of the tour will signal the beginning of Jones’ term as president, and the cross-country trip across Canada is only the start of her worldwide Imagine Impact Tour intended to showcase Rotary’s global accomplishments and its areas of focus. Accompanied by her husband, Nick Krayacich – a member of the Rotary Club of La Salle Centennial in Ontario and the recently selected governor-nominee-designate of District 6400 – Jones will be joined at various times by other senior Rotary leaders from Canada.

But the spotlight will be on the members of Rotary that she encounters along the way. Not only will the tour be an opportunity to celebrate all the accomplishments of the country’s clubs and districts, but each stop – or “hub,” as the organizers characterize it – will provide occasions to participate in local projects. “The focus is on service,” Tichelman says, and many of the events will be livestreamed to ensure maximum participation.